Your Electric Guitar Could Be Worth Thousands: Here’s How to Tell & Where to Sell

Have an old Les Paul, Stratocaster, Gibson Flying V or other electric guitar to sell? We enlisted the help of Chicago Music Exchange’s Daniel Escauriza and the Association of Stringed Music Appraisers’ Brian Wolfe and Leonard Wyeth to find out how much electric guitars are worth and where to sell electric guitars.

How much are electric guitars worth?

“These guitars have been documented to sell for anywhere between $50,000 and $650,000,” says Daniel Escauriza, Vintage Manager and Head Vintage Buyer for Chicago Music Exchange.

Leonard Wyeth, who operates AcousticMusic.org and the Association of Stringed Music Appraisers alongside Brian Wolfe, says the 1958 to 1959 Gibson Explorer can be worth as much as $700,000.

Guitars owned by celebrities can be even more valuable, especially those owned by famous singer-songwriters and those used for special recordings or concerts, says Wyeth.

The most expensive guitar ever sold at auction was a Fender Stratocaster signed by multiple music legends, including Mick Jagger, Eric Clapton, Paul McCartney, Jimmy Page, Keith Richards, Bryan Adams and Brian May. The Strat went for $2.7 million at a 2005 charity auction for Reach Out to Asia. 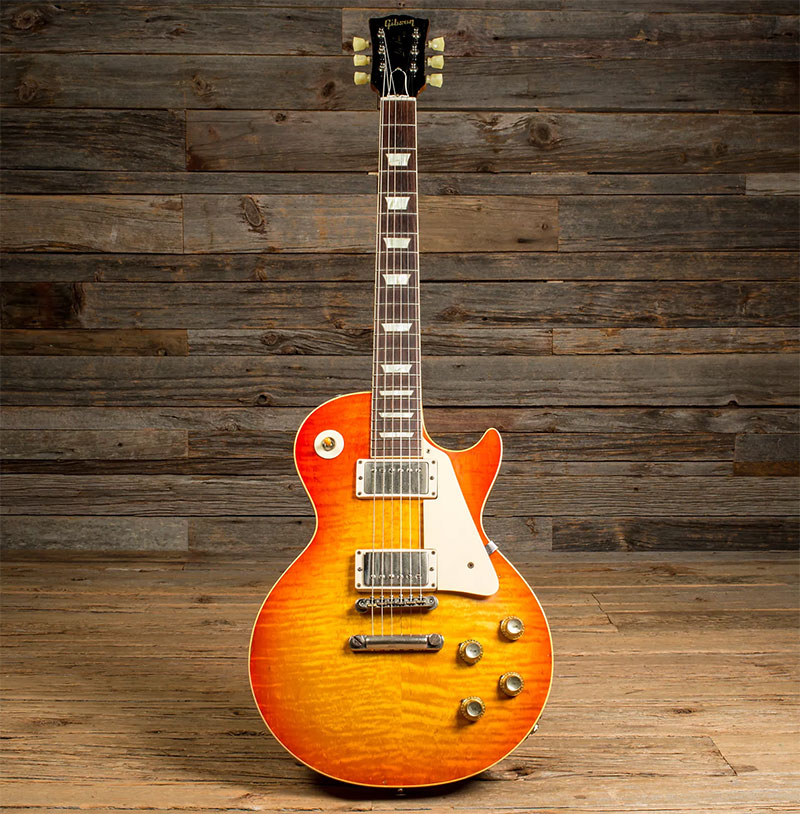 Of course, those are examples of the most valuable electric guitars and not indicative of what an average guitar is worth. Wyeth says there is no average guitar value.

“There are too many factors to consider,” he says. “If you are asking what anyone could find new or used in the typical music store, an import student-grade electric guitar could be found for $200 to $300, as well as many other imports. There are cheaper ones and certainly better and more expensive ones.”

Quality-built mid-level electric guitars are worth anywhere between $500 and $1,500, says Escauriza, and even less if they’re used. Here are some used electric guitar values as appraised by Reverb.com, a popular music gear website that offers a price guide based on expert research, market data and real-time on-site transactions.

Electric guitar values are determined by a combination of factors, including:

Many guitarists love to tinker with their guitars. They’ll swap out pickups, change tuning pegs and add new pick guards, for example. However, in most cases guitars that feature their original components are more valuable than those that do not.

“Many factors come into play, with condition and originality being the key details that determine the high end of a guitar’s value,” says Wyeth. “In the case of vintage guitars, condition that is not represented accurately can create considerable problems for buyers.”

He adds that you can find examples and descriptions of guitars in varying conditions in guide books like The Vintage Guitar Price Guide, which is available in both print and digital editions. In general, electric guitars are graded according the following scale:

Guitars manufactured by Gibson and Fender are among the most valuable. These companies also have secondary brands that produce cheaper guitars that bear the names of their most popular models, often made overseas.

For example, a Fender Telecaster is worth more than a Squier Telecaster. Other manufacturers that produce valuable electric guitars include Paul Reed Smith, G&L, Rickenbacker, Ibanez, ESP, Jackson, Schecter and Epiphone.

Note that there is still a wide range of values ascribed to guitars crafted by these makers, and worth is primarily dependent on other factors. In addition, there are smaller custom guitar makers who craft valuable guitars. 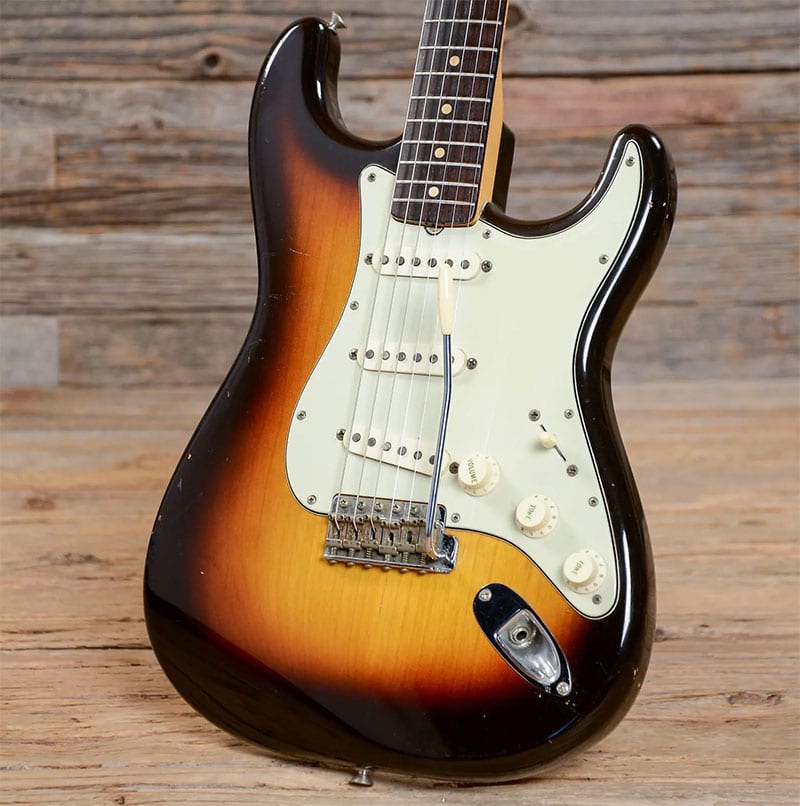 Where a guitar is made can have a major impact on its value. For example, Fender famously splits production between the U.S. and Mexico, and U.S. models are deemed to be of higher quality and are therefore more valuable.

“A brand new American-made Deluxe Stratocaster is worth significantly more than a brand new Mexican-made one,” says Escauriza.

Vintage guitars tend to be worth more than new guitars, especially if it’s a popular and desirable model.

“A vintage Stratocaster from the 1960s, when they were only made in the USA, is worth significantly more than a new one,” says Escauriza.

Higher-quality materials and level of appointments add value to guitars. For example, guitars that feature high-end pickups are more valuable than those with standard pickups. A guitar body crafted from maple can be worth more than one made from mahogany, and fretboards made from ebony wood can be more valuable than the commonly-used rosewood.

In addition, higher-end models get the best materials: two guitars might be made from maple, but the more expensive version is crafted from the more beautiful piece. A premium guitar might have gemstone fretboard inlays versus standard plastic inlays. 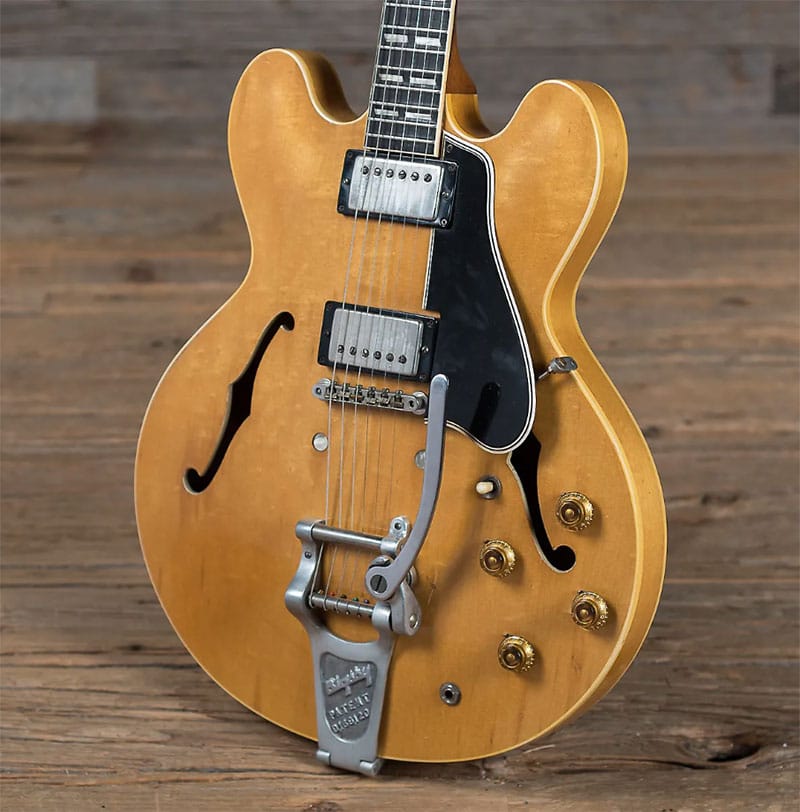 Color can impact the value of a guitar, in part because some colors are more desirable than others but also because some guitar finishes are rare.

The most valuable guitars are both rare and desirable – in other words, electric guitar values adhere to the laws of supply and demand.

Good examples include original Les Paul Standards, 1958 to 1959 Gibson Flying V’s and Explorers, 1957 Les Paul Goldtops and 1954 Fender Stratocasters. These are among the most rare and desirable guitars, and therefore some of the most valuable, commanding anywhere between $50,000 and $650,000.

How many owners a guitar has had, and who they are, can contribute to guitar value. Guitars that have only been owned by one person and those who have been owned by well-known musicians and celebrities are worth more. As the seller, you bear the burden of proving any claims you make about your guitar’s provenance. 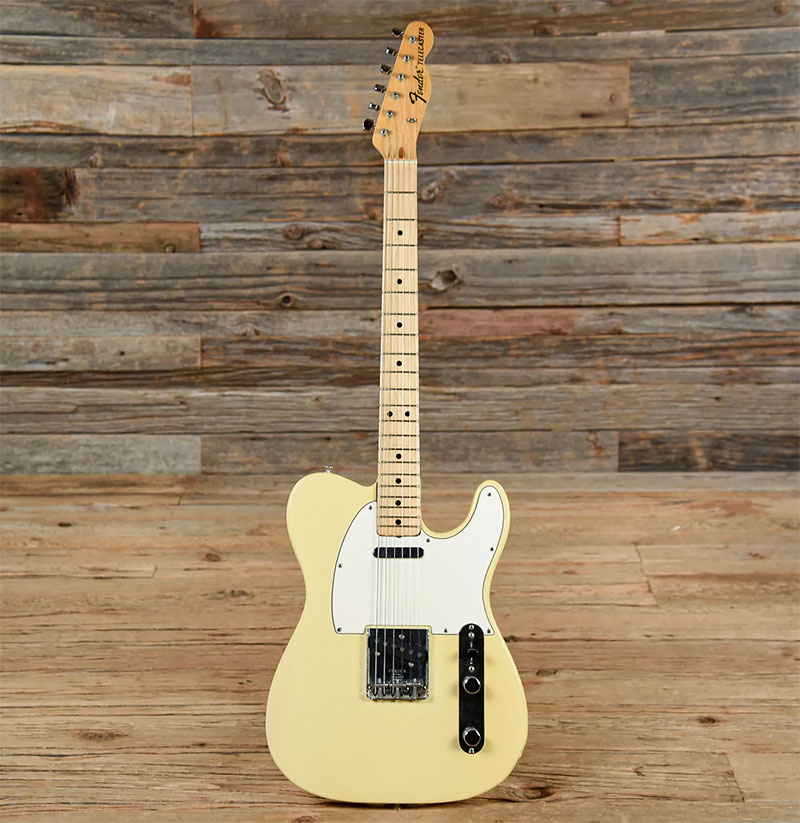 How to find guitar values

As noted, many factors dictate guitar values, so it’s important to understand what you have so you can accurately determine its value.

“As a buyer, it’s best to know exactly what you are buying and why you are paying $10,000 for a yellow Gibson Les Paul TV model and $6,000 for a red Gibson Les Paul Junior from the same year, the only difference being color,” says Wyeth.

At minimum, you should know your electric guitar’s year, model, manufacturer, country of manufacture, originality and condition. Once you know those, use these resources to find out how much it’s worth.

“Without a doubt, getting the instrument professionally assessed by professionals who can authenticate it and have a good understanding of the ever-changing vintage market is the best way to determine the value of a vintage or used instrument,” says Escauriza. “We offer a service to help people figure out the value of their instrument if they are interested in selling it.”

Wyeth adds that it’s easy to be led astray if you’re not familiar with guitars and have no knowledge of their history and details.

“I would recommend contacting a respected instrument dealer,” he says. “If you have an instrument that you believe to be significant, there are organizations of experts than can help.”

Options include the Association of Stringed Instrument Appraisers and Chicago Music Exchange.

The popular music gear marketplace features a free price guide based on expert assessments, external market data and real-time Reverb transactions to estimate the value of guitars in used but original condition.

“There are some great resources that can give someone a pretty clear idea of the value of a certain piece,” says Escauriza. “The most intuitive and easy-to-use online option is the price guide on Reverb. Reverb also has great resources for dating instruments.”

Search for your electric guitar on eBay and filter by sold listings to see how much similar guitars have recently sold for. Be sure you’re comparing apples-to-apples and compare multiple sales to get an accurate sense of the value of your electric guitar.

Vintage Guitar Magazine partners with 35 top guitar dealers to publish its annual pricing guide, which is available in print and digital editions for $35.

A pricing reference for both new and vintage guitars. You can buy 7-day subscriptions for individual guitar models for around $3. The print edition featuring all models is available for $28 and one-year access to the searchable online electric guitar edition is $30.

Where to sell electric guitars

Guitar shops are staffed by experts who can quickly tell you what your guitar is worth and generally pay in your choice of cash or store credit. Some shops, like Guitars For Trade, accept trade-ins, which is ideal if you’re looking to upgrade your axe.

Online marketplaces let you list your electric guitar for peer-to-peer sales. Listing is free on some sites (Reverb, eBay) and you’re charged a commission when your guitar sells.

If you have many guitars to sell, you might consider Gbase, which lets you create a store for a flat $35/month rate with no commissions. The Sweetwater Used Gear Marketplace is completely free with no listing fees or commissions.

Many electric guitar forums include classifieds threads where you can buy, sell and trade your guitar. There are general guitar forums as well as forums dedicated to specific models like Telecasters and Les Pauls. You can also check out Facebook groups.

Note that sales are typically unmoderated, so you should secure payment or escrow before you ship a valuable guitar.

Local options offer benefits like fast cash and no shipping, but a limited pool pool of potential buyers. If you’re meeting a private buyer face-to-face, meet in a well-lit and busy public area and take a friend along for your safety. 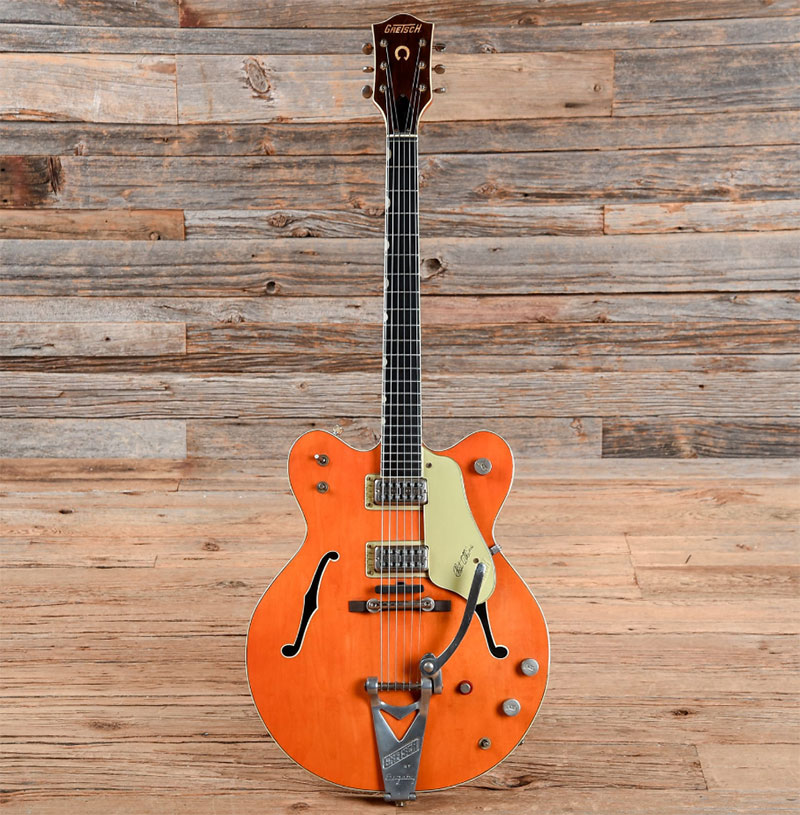 1. Know what electric guitar you have

Conduct ample research and consult experts if needed to understand exactly what electric guitar you have and what it’s worth. This will help you get a fair price and temper expectations if your guitar isn’t particularly valuable.

Determine what your goals are and compare multiple options to get the best deal. For example, if you want the highest price and you’re willing to wait, you might get it by selling directly to a collector via a forum or classifieds site that has no fees.

Alternatively, online marketplaces could drive the price up as buyers compete for your guitar, but you need to account for fees and shipping costs in your net profit.

If you want a quick and easy sale, a guitar shop (online or off) is probably your best option. They won’t pay top dollar, since they need to resell for a profit, but you’ll probably get a fair price and fast cash.

Make sure you completely understand any listing fees, commissions, selling fees and shipping costs – including insurance and packaging – before you commit to selling your electric guitar. Decide who will pay for shipping (you or the buyer) and how that will impact your net profit.

Never ship your guitar without upfront payment or escrow, especially if you’re selling via an online platform that does not moderate sales. Find out what protections online marketplaces offer to sellers before you list.

If you’re selling locally, vet buyers via social media before meeting them. Take a friend along for security and always meet in a well-lit, busy public area. Some police stations have set up camera-monitored safe sale areas for this purpose.

Use these tips to make an informed decision so you can enjoy a pleasant experience and get a fair price when you sell your electric guitar.

Why It’s Smart to Buy a New iPhone Every Year

Where to Get the Most for Your Phone: Swappa, eBay or Flipsy?

How to identify which Samsung Watch model you have. Look in settings If your Samsung Galaxy Watch powers on, this is the simplest way to identify it: Open SETTINGS (gear icon) Tap ABOUT WATCH, ABOUT DEVICE or ABOUT BAND TIP: If you have a Gear S2 or Gear Fit2 Pro fitness band, tap GEAR INFO […]