Where to Sell Sheet Music and How Much is it Worth?

Want to sell your sheet music, but aren’t sure where to sell it? How much is old sheet music worth? Flipsy.com has the answers

A Flipsy customer recently asked us where they could sell a large collection of sheet music. We didn’t readily have all the answers, so we promised to investigate. Our initial research led us to even more questions: Who buys sheet music? Are there websites that specialize in sheet music? How much is sheet music worth? The answers to these questions and more are listed below.

We reached out to experts to answer your questions about valuating and selling sheet music. We do this as a service to introduce who we are: experts in finding a place to sell your phone. Use Flipsy to find your phone’s value plus get offers from more than 20 stores who compete to pay top dollar. Stores are trust verified, offer free shipping and pay within a few days of receiving your phone. Best wishes and thanks for visiting! Find your phone’s value

A primer on sheet music identification

It’s important to know exactly what sheet music you have before you try to sell it. First printings and vintage sheet music can be more valuable than reprints and modern sheet music, for example. Pricing, publisher address, and copyright date will help you identify your sheet music (eBay).

Beginning in 1993, sheet music began bearing ISMNs – International Standard Music Numbers – which serve as unique identifiers for each publishing. ISMNs are similar to the ISBNs of the book world.

Other ways to identify sheet music are through its composer and cover art, as you can find out what years a given composer or artist was active to determine a ballpark age for the sheet music. The size of your sheet music won’t affect its value much, if at all, but it can help you identify its age. 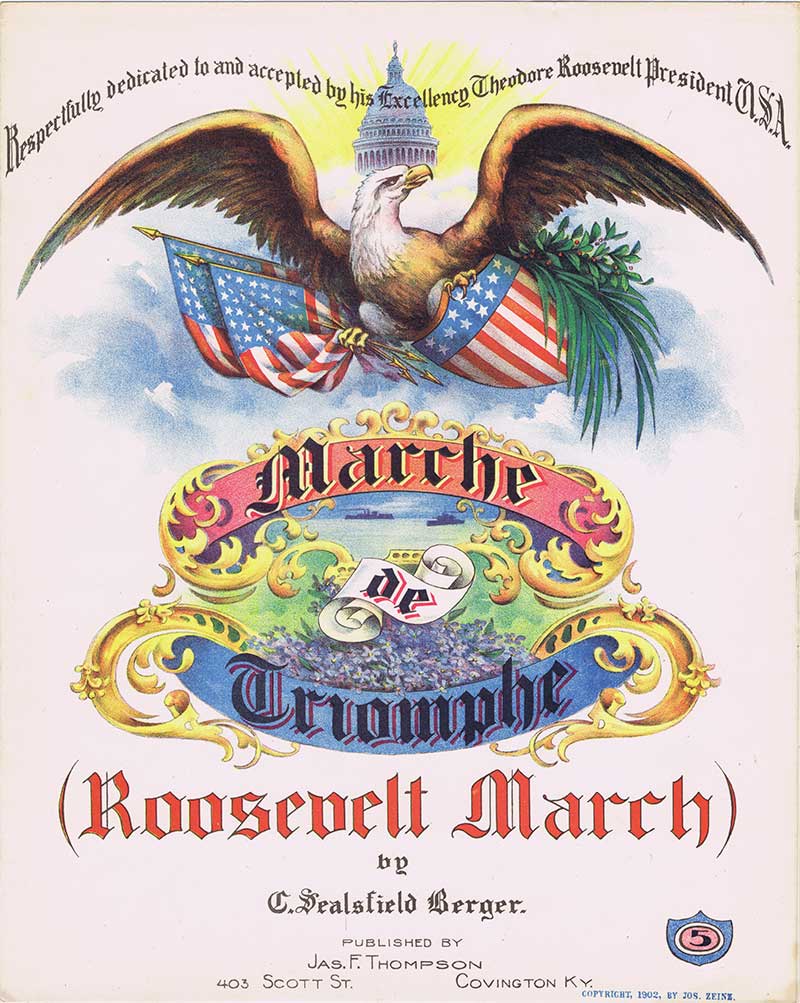 There are four primary types of sheet music buyers:

How much is my sheet music worth?

As you can see, sheet music has the potential to attract a large market.

“We have a huge supply of extremely common 20th century music printings, the tattered kind you can find in many antique malls in America, and yes, it is practically worthless with little demand,” says Kevin Hugh Lynch, archivist and publisher of FirstEpoch.com. “However, we have a drastic shortage of quality 19th century music and there is significant demand for this material.”

The world record for the sale of a printed song (excepting manuscripts) is $506,500 (with Buyer’s Premium), paid for the final copy in private hands of the first edition of Francis Scott Key’s “The Star Spangled Banner,” which sold at a 2010 Christie’s auction. A second edition sold for $32,000 at a 2016 Sotheby’s auction.

John Coltrane’s original composition for “A Love Supreme” sold at a 2005 auction for more than $129,000, for example, though that example included handwritten notes from the jazz legend (Jane Viator).

Who’s to say your sheet music couldn’t be similarly valuable?

“There is a well-known story in our avocation of a collector in Texas who bought a bound volume of music many years ago for $400, and inside was a first edition of our national anthem, ‘The Star Spangled Banner,’” says Lynch. “eBay sold a copy of one of the earliest baseball pieces a decade or so ago. It was the ‘Live Oak Polka’ and picture and early baseball scene. It was published in 1860 and brought $11,000 in the auction sale.” 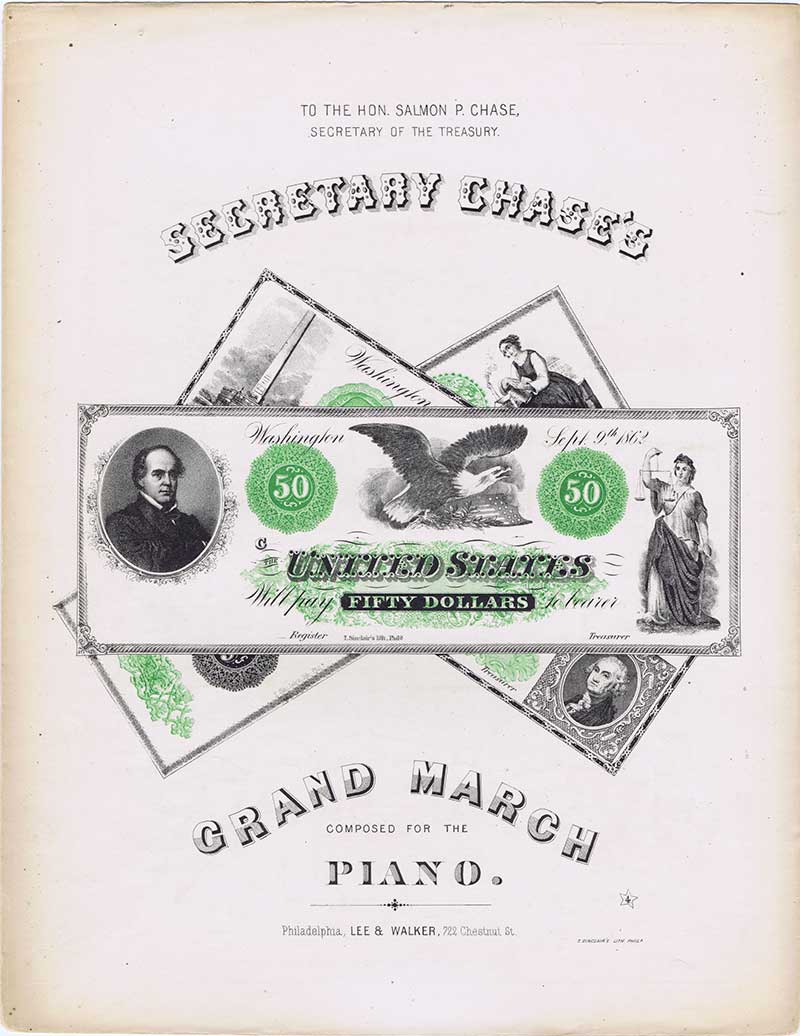 IMAGE: Lithograph by Sinclair lithography in Philadelphia. Issued in 1863 during the Civil War when the Greenbacks made their appearance. Secretary Chase was Lincoln’s Secretary. Source: Kevin H. Lynch, The Lynch Archive

Lynch said great sheet music rarities go beyond the rarities that typically get promoted in the worlds of stamps, coins, and even baseball cards.

“There are many historically relevant or gorgeously artistic 19th century sheet music publications that are single-digit rarities with less than ten known to exist,” he says. “The Library of Congress itself is missing hundreds, if not thousands, of important editions.”

At the same time, 217 works of Broadway sheet music by well-known composers were sold in 2011 for $142 –or about 65 cents each. That’s hardly winning the sheet music lottery.

“The vast majority of sheet music in America printed after 1830 or so is worth little or nothing,” says Lynch. “Due to overprinting, poor condition, or simple lack of demand, as much as 90 percent or more of single title sales change hands in the range of $3 to $15. Unusually rare and significant printings can, however, sell for hundreds or even thousands of dollars.”

Sheet music not worth much? Many phones are worth $100+. Find the value of your phone.

The most valuable sheet music typically exhibits some of the following features:

Value is also affected by sheet music condition: the better shape it’s in, the more it’s worth. Also, music that is no longer written – especially sheet music with ethnic stereotypes and accompanying artwork – can carry value simply because no one writes it anymore or is likely to write it ever again. Ragtime sheet music is likewise popular, as well as politically-themed sheet music. Cover art that features movie stars can also command higher prices. 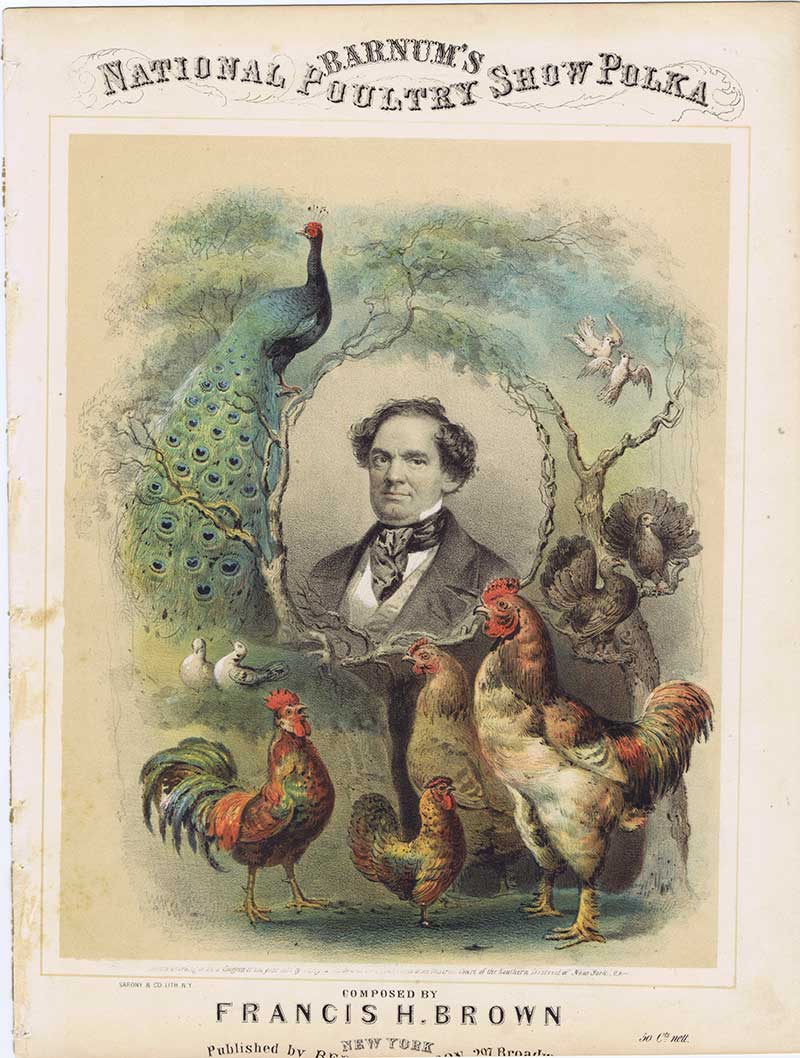 “The value of sheet music is extremely fluid and is dependent, in auction sales, on two or more serious buyers showing up,” says Lynch. “Auction houses Swann’s, Sotheby’s, Christie’s, and Heritage have all sold American popular sheet music items for $2,500 or more over the last half dozen years. Many on eBay have sold above $1,000. There is a very real market for rare and desirable music printings, especially before 1870, many of these being not only original prints but literally historical documents as well. And, indeed, many rarities from the 20th century can bring $500, $1,000, or more in auction sales.”

Lynch adds that the auction site you select and the item description can affect how much you can get for your sheet music, as can the time of year and day. Summer is slow on eBay, for example, while Sunday nights are often prime on the popular auction site.

It’s said the sheet music community does not believe in set pricing guides, preferring to let the market dictate sheet music value.  However, you can find the ballpark value of your sheet music by first identifying exactly what you have, determining whether it’s unique or significant in any way, and then trying one of the following options:

“eBay, the low end of the auction markets, sells 8,000 to 10,000 pieces of music a month during much of the year,” says Lynch. “I track sales every three months, and you’d be surprised how long it takes to review all sales above $30 – about an hour! There are many over $100. These include 19th and 20th century music publications.” 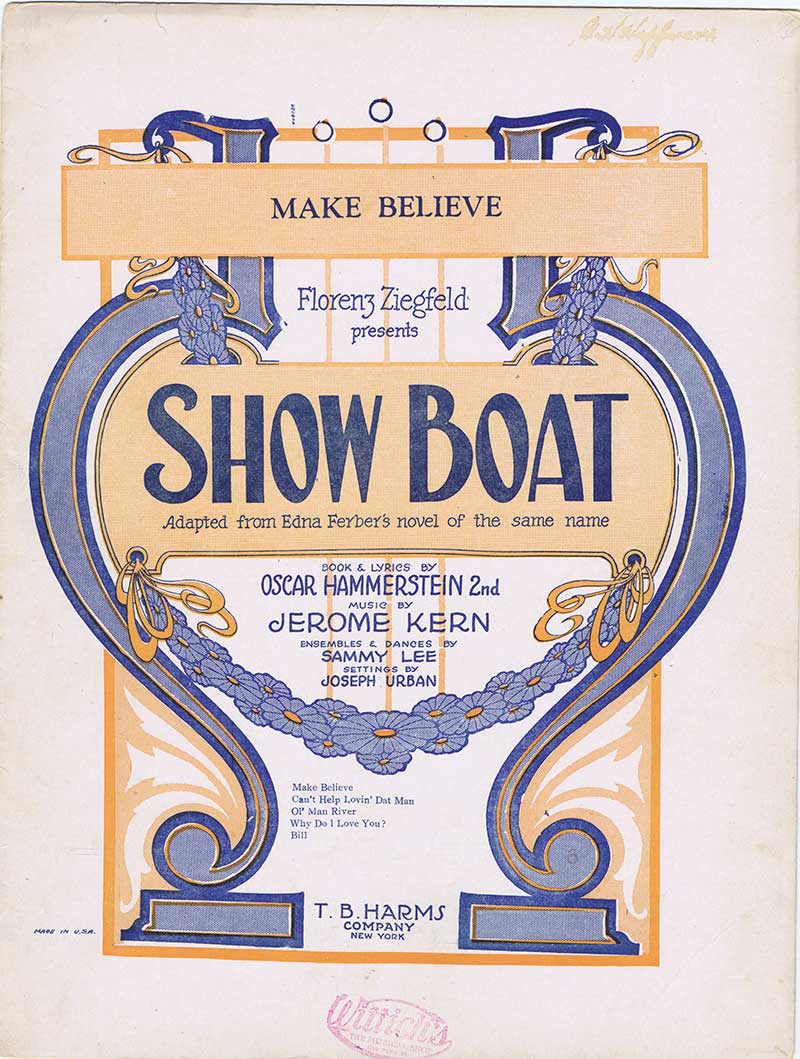 IMAGE: Very scarce first cover of what many consider to be America’s first classic musical – “Showboat.” This is from 1927 and these initial publications, quite different in design from later issues, also tend to worth maybe 10 to 20 times what the others are, dependent on condition and song. This is known as the ‘lyre cover’ as the graphic seems to suggest that instrument. They are very difficult to find and were issued for each of five songs from the score, adapted from the very successful novel. This is the first American musical where the book, with its commentary on race relations, was every bit as important as the music and lyrics. Source: Kevin H. Lynch, The Lynch Archive.

Here are some example prices from recently-sold listings on eBay:

How does the most valuable sheet music stack up to other famous collectibles? Lynch provided this comparison:

“You’ll notice the music is the lowest on the list in terms of amount of sale, but also it is the rarest on this list of famous firsts,” says Lynch. “Popular American sheet music is a rich field for collecting that has yet to have its true heyday. For pure Americana and the power of an image, it can hardly be matched.”

Do You Have Hundreds Of Dollars Worth Of Used Gadgets? Find Out ›

Where can I sell sheet music?

There are several different outlets you can use to sell your sheet music; keep in mind that some of these places also sell sheet music, so they need to buy your music at a price that’s profitable on resale. 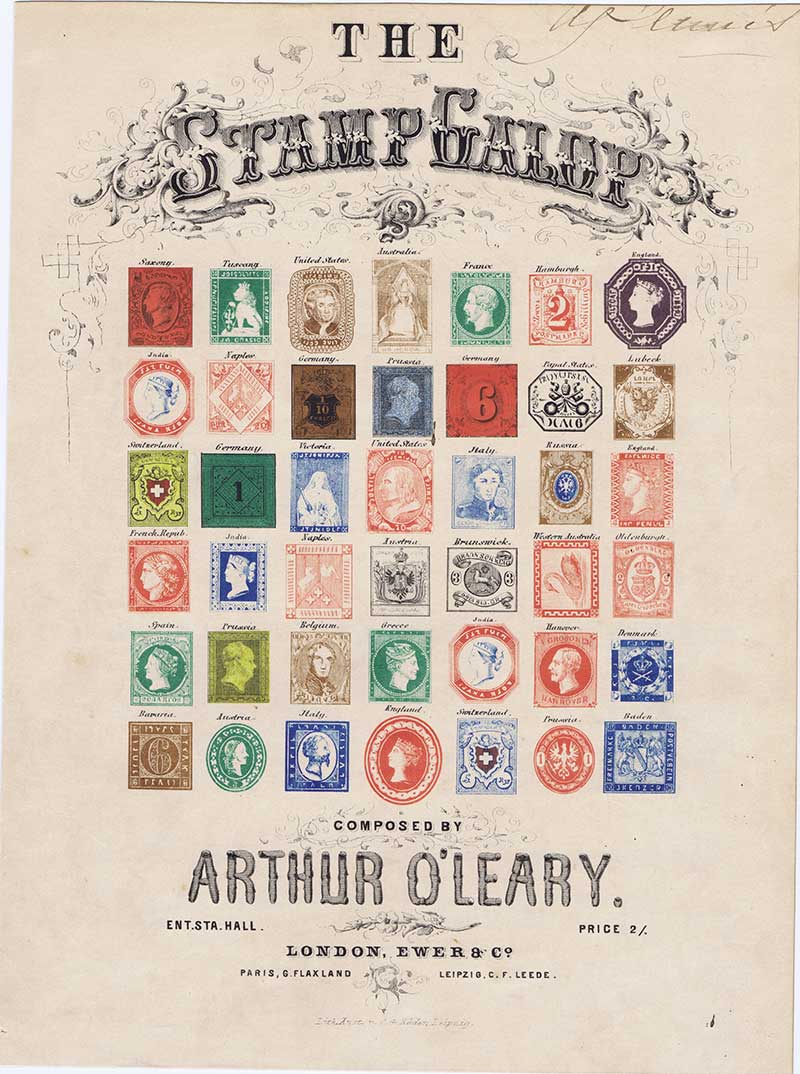 IMAGE: This is the first edition of “The Stamp Galop,” featuring a number of stamps from 1863, including several U.S. stamps. Lithography miming engraving. Litho by Roder in Leipzig, Germany. The American version followed this. Source: Kevin H. Lynch, The Lynch Archive

Be careful to avoid scams, especially on sites you’re unfamiliar with, and understand shipping costs as well as who pays them when you sell your sheet music. If you sell a collection for $100 but it costs $200 to ship, you don’t want to assume that cost.

Also, be sure to protect valuable sheet music. Lynch recommends storing valuable editions in a crystal clear, zero-acid poly vinyl bag such as those made by Clear Bags, and lay them flat in an archival box to shield them from dust and ultraviolet light. You can add archival conservation backing board to your most valuable pieces.

The best advice we can offer for selling your sheet music collection is to first understand exactly what you have and conduct your own research to find out what it’s worth. Then, you can pick valuable volumes to sell individually at higher prices and pack the rest in lots to sell in bulk. Compare different selling options and offers, if possible, and always keep in mind your sheet music is ultimately worth whatever a buyer will pay for it.

Tags: Selling Guides, Sheet Music
Previous: Q and A: Can I Sell an iPhone that’s iCloud Activation Locked?
Next: Locked Out of Your iPhone 6 Plus? Here’s How to Reset Your Passcode (with Video) 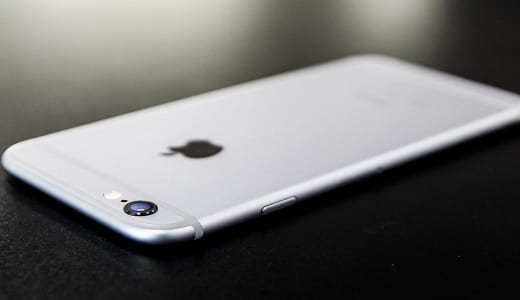 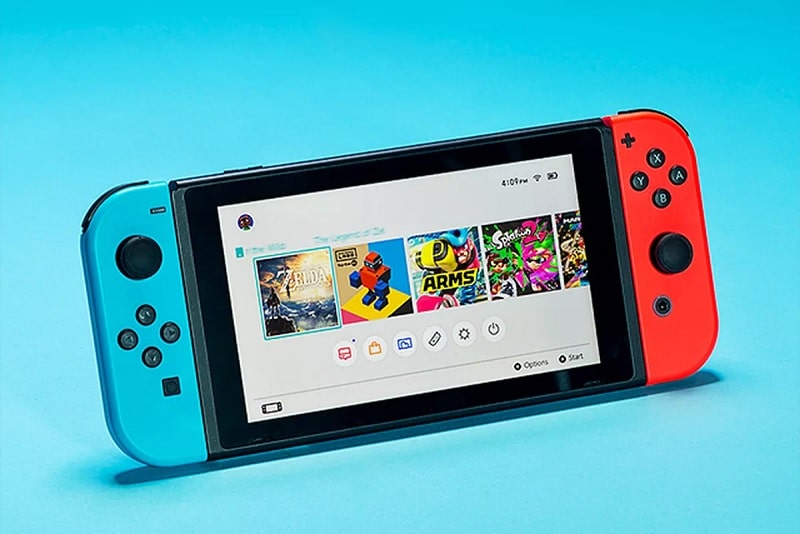 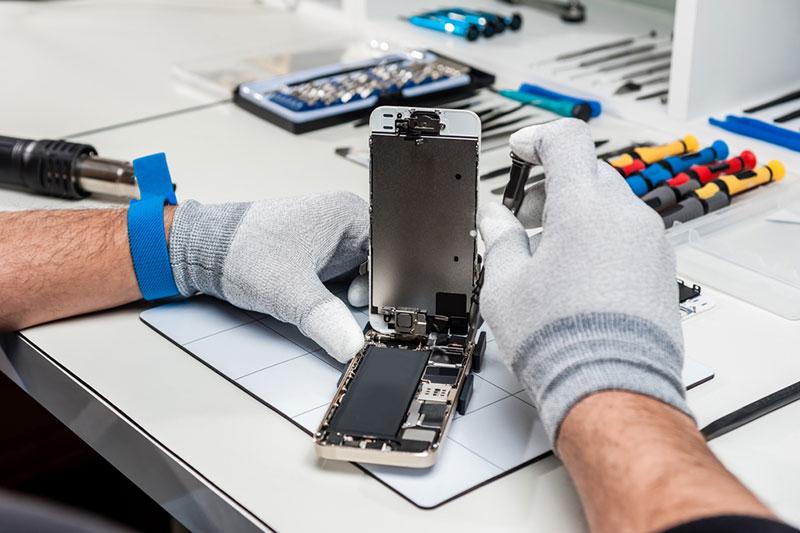 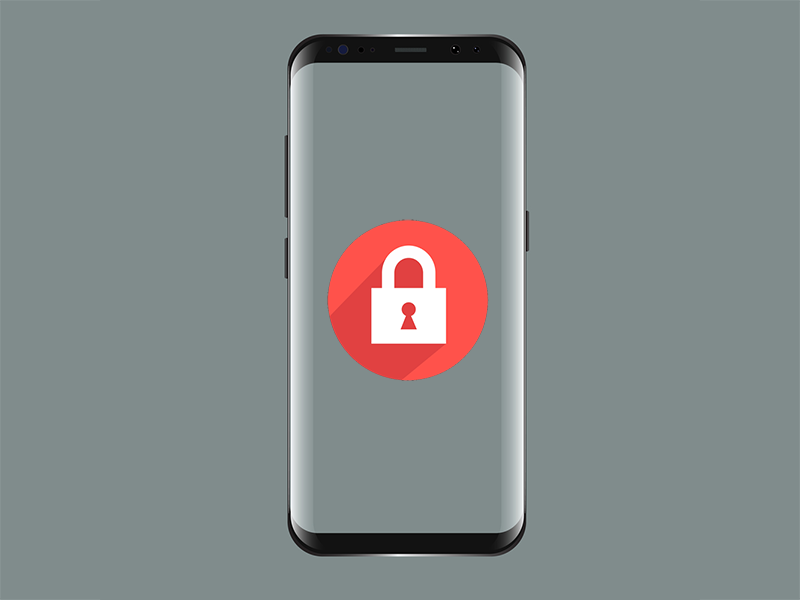 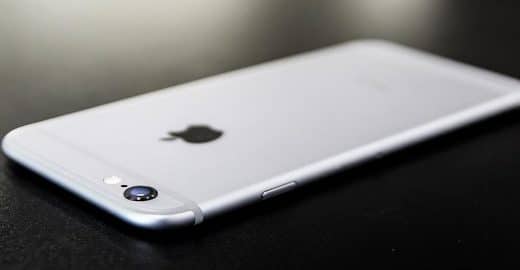